In the 1990’s Tony Hawks wrote and staged a short comedy musical at the Edinburgh Festival called The Heartbreak Kid starring himself and Ben Miller. It was very successful and was selected for the prestigious Perrier Pick Of Fringe. However, as it was only a one-act play it needed re-writing to become a full-length musical and that was something he never got around to doing. Until recently!

In 2016 he staged a charity read and sing through of the new and extended version, now called Midlife Cowboy. It was introduced by Graham Norton and Sir Tim Rice and starred Ben Miller, Alistair McGowan, Jack Dee and Doon Mackichan and received a standing ovation at The Lyric Theatre on Shaftesbury Avenue. More recently, a further read-through was held in front of an invited audience at the Pleasance Theatre to tighten the plot and story still further and he is delighted to see it finally come to life this autumn at the same venue. 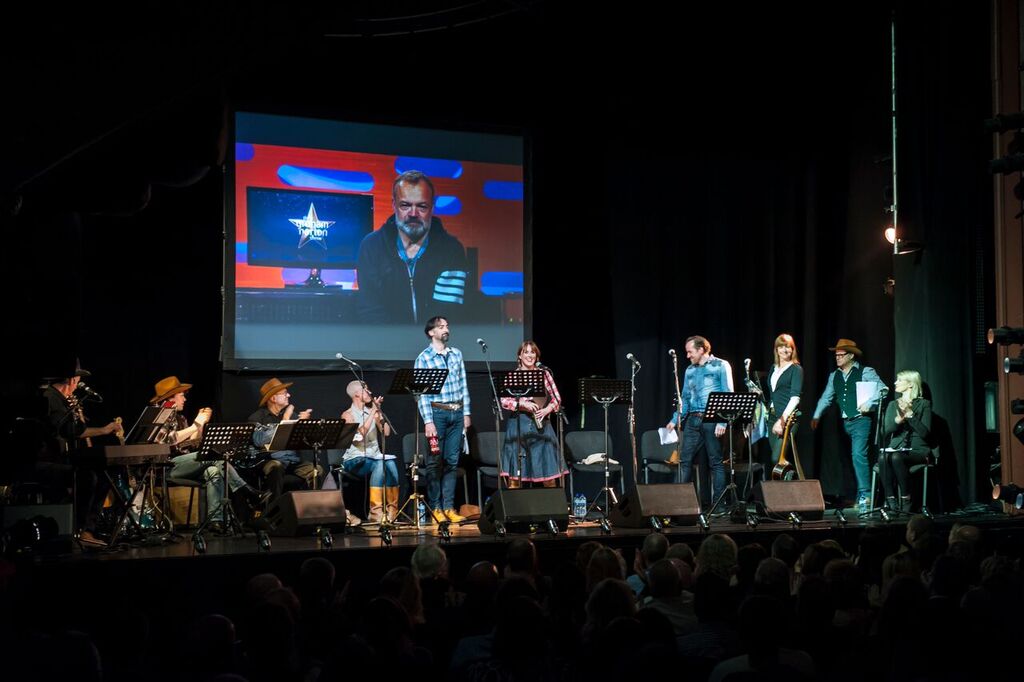